Dr Tony Jordan was quite simply a true great of the Australian wine industry, and one of the CSWWC judges from the very beginning. Tony brought such a rare quality and unique skill to the Champagne & Sparkling Wine World Championships and we could spend days if not weeks (given the time) debating and discussing the intricacies and philosophies of this unique industry.

Following a PhD in Chemical Physics, Tony began his career in the 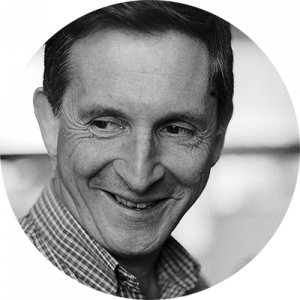 wine industry in 1974 as a lecturer in Physical Chemistry and Wine Science at the now Charles Sturt University.

It was there that Tony worked alongside Don Lester and brought Brian Croser on board to help develop the oenology course. In 1978 he stopped lecturing and founded consultancy group Oenotec with Croser.

In 1985 Moët Hennessy selected Oenotec to help find it a site in Australia for its Domaine Chandon project and then invited Tony to become managing director of the fledgling winery in the Yarra Valley in 1987. He was then made CEO of Cape Mentelle, Chandon and Cloudy Bay in 2003, as well as consulting at the Chandon wineries worldwide.

Although he technically retired from Domaine Chandon in 2008 – whereupon he restarted Oenotec and began consulting again – he was the man chosen by Moët Hennessy’s CEO, Christophe Navarre, to explore options for a fine wine project in China.

Not one to follow protocol, Tony ignored the main Chinese regions of Ningxia and Xinjiang, and eventually made his way to Yunnan in the foothills of the Himalayas.

There he found not only conditions that reminded him of Bordeaux but also the remnants of a wholly forgotten series of vineyards planted with Cabernet Sauvignon and Franc which had been introduced by French missionaries in the 1800s.

It was here that he recommended Moët create its new estate which resulted in the creation of the ‘Ao Yun’ label, the first vintage of which (the 2013) was released in 2016.

Awarded the Order of Australia medal for his contribution to the wine industry, in June of this year he was also awarded a life membership of the Australian Wine Industry by Australian Grape & Wine.

He was made a fellow of the Australian Society for Viticulture & Oenology and more recently Wine Australia established an award in his honour with an annual grant to the most outstanding Wine Australia PhD scholarship applicant.

He is a former President of the ASVO and the Yarra Valley Winegrowers Association and a board member of the Wine Australia Corporation and Chair of the ASVO Wine Show Standards committee.

His style, class and dry sense of humour will be greatly missed by all of us at the CSWWC.