The world’s toughest and most prestigious sparkling wine competition, The Champagne & Sparkling Wine World Championships 2020 (CSWWC), is delighted to announce a “record breaking year” smashing the 1,000 entry mark! Every year the CSWWC receives entries from up to 30 different countries and in 2020 a total of 128 Gold & 237 Silver medals have been awarded in this year’s competition to 19 countries.

All the Gold & Silver medal winners can be found on our CSWWC Results Page. 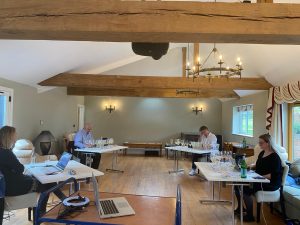 For the first time since the championships began, France and Italy went toe-to-toe, winning 47 gold medals each! With Italy’s entries doubling this year, they were able to take 111 Silver medals compared to 42 for  France. This year also saw Spain step up its game, grabbing no less than 9 Golds and 22 Silver medals demonstrating, the exciting Cava’s and Corpinnat wines that are being produced. (NB too many “takes” and less is more)

Every year sees Trentodoc’s Ferrari and Champagne’s Louis Roederer battle it out for the Sparkling Wine Producer of the Year Trophy.  As this is awarded not by any arbitrary system but strictly according to the highest number of Gold medals won, it has always been possible to identify the recipient as soon as the CSWWC publishes the list of medal-winners. This year it was Louis Roederer’s turn to snatch the award back from Ferrari with 11 gold medals! 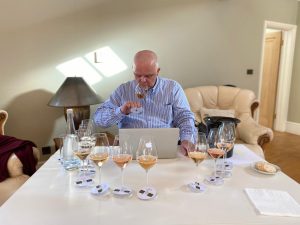 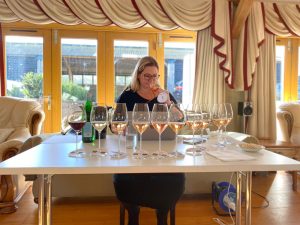 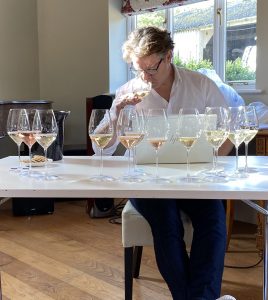 English sparkling wines are once again third on the national leader board, but Spain is snapping at their heels.

While France and Italy continue to dominate in terms of the number of their entries, the diversity of entries the Champagne & Sparkling Wine World Championships now receives from countries and regions around the world is second to none.

Tom Stevenson, Founder and Chairman of the CSWWC, commented “This year was always going to be memorable for obvious reasons, yet, despite the global pandemic, we attracted a record-breaking number of entries. For the first 5 years of the CSWWC’s existence, it cruised along at approximately 650 entries per year. This was fine by me, as we encouraged producers to focus their entries, thus although we expanded in terms of producers entering, the number of wines being submitted stood still. In 2019 the number of entries increased by more than 30% to 850, while in 2020 it shot up further to 1,073 entries, including no less than 180 in magnum. So this year of all years, we had to cope with an unprecedented volume of wines to process and judge, but CSWWC became the competition that Covid could not stop. To ensure the safety of the entire team, including Sensible Wine Service, our logistics partner, we all went through three Covid tests to form a secure bubble. If anyone wanted to leave, they knew they would not be allowed back in. Had BBC’s Strictly Come Dancing Covid regimen been as thorough as ours, it would have been impossible for Katya and Nicola to test positive. We even had our own live-in Michelin chef and a private pub. No one wanted to leave!” 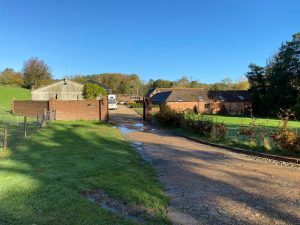 The Best in Class, National Champions and World Champions by Style will be revealed at this year’s CSWWC Virtual Awards Week 7th – 11th December. 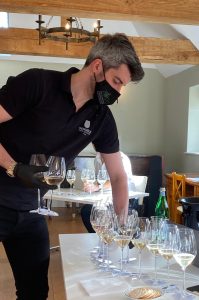 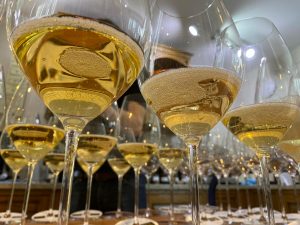